Here’s our play by play, picture by picture version of the Long Island Bible Dedication 2014.  To avoid making this post 20 pages long, I’ll stick to the “picture is worth a thousand words” policy and limit myself to one sentence per picture.  Here goes. 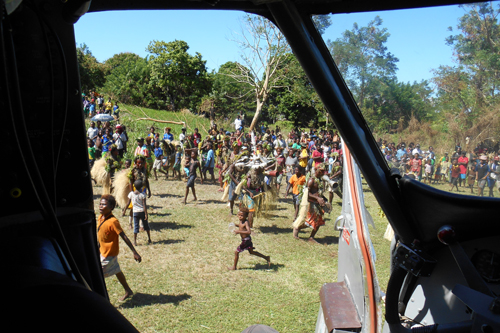 When we landed on a grass airstrip at the edge of the island, some 200 Papua New Guineans were waiting for us – singing songs, decorating us with face-paint, and generally having a grand time.

We later learned that all of the songs and dances we saw over the next few days were new praise songs written to the beat of the traditional war songs – a neat display of the redemptive power of the gospel.

Amanda and I were the last two off the plane, so (as far as we could tell) they used all of their left-over face paint on us; my hair was orange for three days.

People came from all over the island for the dedication, and the folks in our village gave up some of their houses for us to stay in; this one is my favorite, since you have to take a boat to it unless you want to be wet from the neck down. 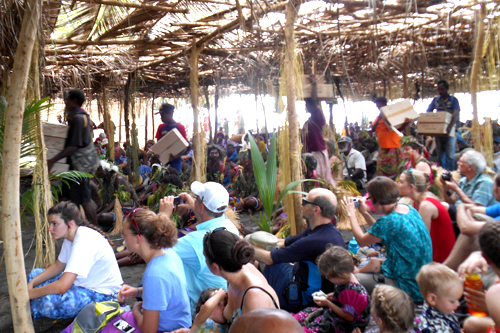 The ceremony itself took the greater part of a Sunday – this picture shows both the pavilion they built for the occasion and the box after box of Bibles coming in from the sea. 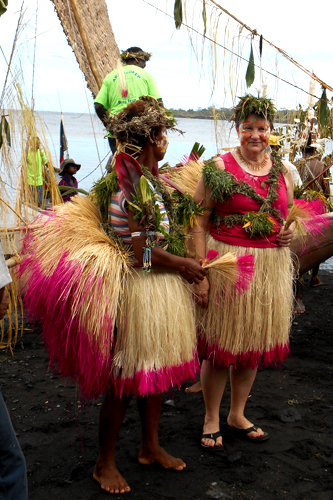 Our friends Sissie and Jeff – the chief translators – were dressed by the people in traditional grass skirts and headdresses (Jeff was the one speaking the language you never heard before in the video yesterday).

And for those who preferred to listen to the Word rather than read it (Papua New Guinea has a rich oral culture), Audi-Bibles were available as well.  If you look closely, you can see one in the fellow’s hand on the left. 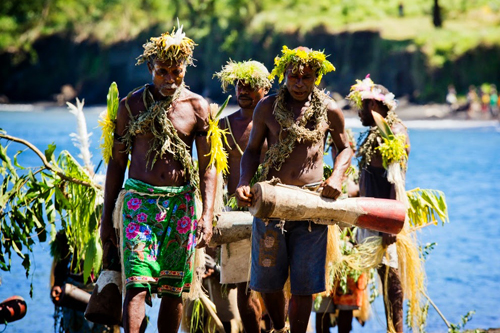 All in all it was an inspiring trip – a reminder of the big picture of why we’re teaching in one of the most remote places in the world.