Our eight month old would like a few words! Poor little fella is already becoming the “second child”. How can he not when his brother is running around him in circles, singing and yelling.

Colby is a delight! He is completely amused by his brother’s antics and, unfortunately, accepts anything his brother hands him (even things he shouldn’t have- plastic bags, peanut butter sandwiches, coconut, you name it). Finn gets so upset when we take the things away from his baby brother. He just wants to share! Thankfully, he is very loved by his brother who wants to include him in EVERYTHING he does.

Our little boy has two bottom teeth now. He spends the majority of the day touching them with his tongue and smiling at everything and everyone. When we first arrived he was not so sure about being held by anyone but mom and dad but he is warming up.

This boy LOVES food! We started giving him mushed up solids (carrots, sweet potato, etc) and he downs it! He also gets very angry when we are eating and he isn’t. Today I was eating an apple and he was losing it. We gave him a paci and a toy but he only settled down when I gave him my apple to suck on. Shesh…now I have TWO kids begging for my food. 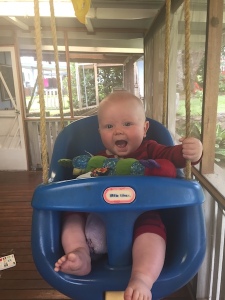 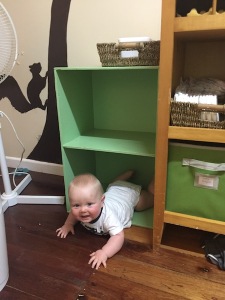 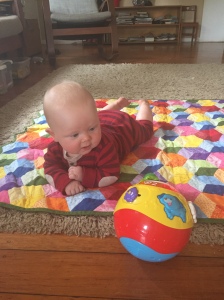 He isn’t crawling just yet but he has the backwards scoot down. Being on his tummy is now a position of exploration so, inevitably, he ends up under couches and chairs quite often. 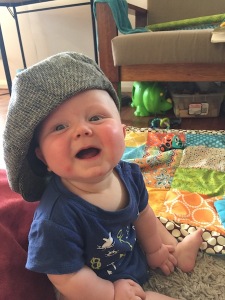 We are loving our chubby cheek boy and wish you could all give him a squeeze!